LAKE OSWEGO, Ore., Oct. 26, 2021 /PRNewswire/ -- The Greenbrier Companies, Inc. (NYSE: GBX) ("Greenbrier"), a leading international supplier of equipment and services to global freight transportation markets, announced today that its Board of Directors appointed President and Chief Operating Officer (COO), Lorie Tekorius, as the company's next CEO and President, effective March 1, 2022.  On the same date, Greenbrier's co-founder, Chairman and CEO William A. Furman will assume the newly created role of Executive Chair until his retirement.  These actions continue the company's executive succession and talent pipeline process.  As announced in July 2020, Furman will retire from all executive offices in September 2022.  His current Board term continues until January 2024.

Furman said, "As Chairman and CEO, along with our Board, we have prioritized succession planning and talent development.  Greenbrier's management model requires a high degree of cooperation and coordination among senior leadership.  Adhering to this approach, the company has prospered. Lorie's dedication to Greenbrier is indisputable.  I am confident that she is a leader who will take Greenbrier boldly into the future, and as CEO will drive our business forward.  Lorie and I have worked together toward this goal for a long time.  I know she is well prepared for all that lies ahead.  I am very proud that Lorie will be our next CEO."

Tekorius, 54, joined Greenbrier in 1995.  She has since risen through positions of increasing leadership and impact across the company, including strategic planning and key roles interfacing with the Commercial and Manufacturing units.  Prior to her appointment as President in 2019, she served as COO, and earlier as Senior Vice President and Chief Financial Officer.  In executing her various duties, Tekorius has built trust and confidence throughout Greenbrier and the freight rail industry.

Lead Director Admiral Thomas B. Fargo (USN Retired) said, "Working closely with Bill, the Board evaluated a range of options over several years for an eventual CEO transition.  It became evident that Lorie is by far the best candidate to serve as Greenbrier's next CEO.  The race for talent across industries is very real.  Our Board is pleased we have been able to advance to CEO an internal candidate with Lorie's range and record of service.  We are confident Greenbrier will be well-served by her knowledge, experience and leadership."

Tekorius has received numerous public recognitions for her leadership in the rail industry and within the communities where Greenbrier operates.  In 2017, she was one of 25 recognized as "Women of Influence" by the Portland Business Journal (PBJ).  In 2018, PBJ named Tekorius CFO of the Year.  Also in 2018, she was recognized as one of 14 "Women in Rail" by Railway Age in recognition of her contributions to the industry.  Tekorius was a 2020 National Association of Manufacturers' STEP Ahead Honoree, awarded to women in science, technology, engineering and production careers who exemplify leadership at their companies.

Since 2019 Tekorius has served as an independent director on the Board of Directors of Alamo Group Inc. (NYSE: ALG).  Alamo Group is a manufacturer of equipment for infrastructure maintenance, agricultural and other applications.  Tekorius is an active community member, serving as President of the Providence St. Vincent Medical Foundation Council of Trustees.  She holds a BBA in accounting from Texas A&M University and is a Certified Public Accountant.

Tekorius said, "It has been a privilege to devote the bulk of my career to Greenbrier, growing and learning every day.  I am truly honored and humbled to follow Bill as only the second CEO in Greenbrier's history.  I am confident that working collaboratively with our senior management team, we will meet the high expectations of all our stakeholders."

Furman began his career with FMC Corporation (FMC), a Fortune 500, multinational industrial company.  At the age of 25, he became the first general manager of the FMC Finance division, a captive sales finance arm for FMC which he founded.  Subsequently, Furman joined Trans Pacific Financial Corporation, a publicly traded financial services company located in Portland, Oregon.  Until 1974, he was Corporate Vice President of Trans Pacific's Leasing Group, responsible for all phases of its operations.  In late 1974, Furman and Alan James acquired the Trans Pacific National division, a capital lease asset underwriter and entered the rail car and commercial jet aircraft remarketing and asset management business.  This acquisition would eventually lead to the founding of Greenbrier in its present form in 1981.

The original leasing company expanded into manufacturing with the acquisition of Gunderson in Portland, Oregon in 1985 from FMC.  Furman has guided Greenbrier to exceptional growth through broad expansion of its products and service offerings.  What was once two railcar production lines is now a multibillion-dollar global production operation, which includes 12 facilities on three continents, integrated with aftermarket, leasing and services businesses.  Greenbrier has become one of the largest freight railcar builders measured by revenue and market share in the world.  The company is a critical Jones Act marine barge supplier to domestic U.S. overseas shippers.  Since Greenbrier became a publicly traded company in 1994, its market capitalization has grown by more than $1.4 billion.

In the months leading to March 2022, Tekorius will continue to refine the strategic planning work she and Furman have pursued since she was named President. 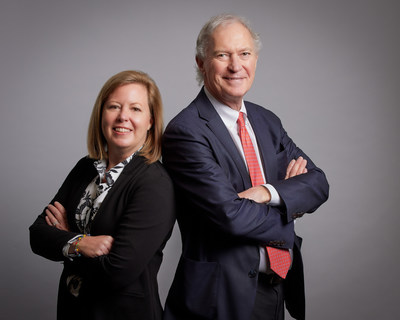 About Greenbrier
Greenbrier, headquartered in Lake Oswego, Oregon, is a leading international supplier of equipment and services to global freight transportation markets. Through wholly owned subsidiaries and joint ventures, Greenbrier designs, builds and markets freight railcars and marine barges in North America, Europe and Brazil. We are a leading provider of freight railcar wheel services, parts, maintenance, refurbishment and retrofitting services in North America through our wheels, repair & parts business unit.  Greenbrier manages 445,000 railcars and offers railcar management, regulatory compliance services and leasing services to railroads and other railcars owners in North America. GBX Leasing (GBXL) is a special purpose subsidiary that owns and manages a portfolio of leased railcars that originate primarily from Greenbrier's manufacturing operations. Together, GBXL and Greenbrier own a lease fleet of nearly 12,500 railcars.  Learn more about Greenbrier at www.gbrx.com.