LAKE OSWEGO, Ore., July 13, 2021 /PRNewswire/ -- Consistent with its longstanding policy of regular board refreshment, The Greenbrier Companies, Inc. (NYSE:GBX) announced today the election of Ambassador Antonio Garza and James R. Huffines to the Company's Board of Directors.  The election of two new directors increases Greenbrier's Board from 10 to 12 members, 11 of whom are independent directors. 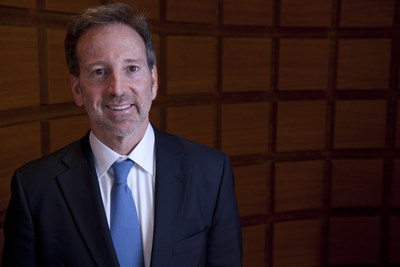 Ambassador Garza serves as Counsel in the Mexico City office of White & Case LLP, one of the world's leading global law firms.  Prior to joining White & Case, Garza served as the U.S. Ambassador to Mexico from 2002 to 2009.

Drawing on decades of high-profile political, legal and business experience, Ambassador Garza is recognized for his knowledge of U.S.-Mexico relations and both nations' business and political environments.  Greenbrier has more than 4,000 employees at its five business operations in Mexico, primarily in railcar manufacturing.

Ambassador Garza is a member of the board of trustees of Southern Methodist University where he chairs the University's Committee on Governmental and Legal Affairs.  Garza also serves as a Director to the Americas Society, the US Chamber of Commerce in Mexico and is a member of the Council on Foreign Relations (CFR) and COMEXI, the CFR's Mexican counterpart.  Ambassador Garza is a past recipient of the Aguila Azteca (Aztec Eagle), highest honor bestowed by the Mexican government upon a foreign national.

Ambassador Garza is a past chairman of the Railroad Commission of Texas, elected to that statewide office in 1998, and serving through 2002.  From 1994 through 1997 Ambassador Garza was the State of Texas Secretary of State, and Senior Policy Advisor to the Governor of Texas from 1994 to 1997.  Prior to that, Ambassador Garza held the position of Cameron County Judge from 1988 to 1994.

Ambassador Garza holds a B.B.A from the University of Texas at Austin and a J.D. from Southern Methodist University School of Law and has been honored as a distinguished alumnus at both institutions, and was recently inducted into the McCombs School of Business Hall of Fame.  Ambassador Garza is a member of the State Bar of Texas and the District of Columbia Bar and is admitted to practice before the United States Supreme Court.

"Ambassador Garza is a critical addition to our Board, bringing an unmatched combination of experience in the railroad industry combined with a deep understanding of the people and government of Mexico," said William A. Furman, Chairman & CEO.  "Greenbrier is a global company, firmly rooted in North America.  More than 55% of our employees are based in North America, predominantly in the United States and Mexico. By every measure, North America is our largest market served.  Among his many expected contributions to Greenbrier, Ambassador Garza will help us navigate the USMCA trade agreement, review aspects of the North American rail interchange system from new perspectives and support outreach to our employees in Mexico, the United States and Canada."

James R. Huffines has more than 35 years of experience in banking and finance.  He most recently served as Chief Operating Officer (COO) for subsidiaries of Hilltop Holdings, Inc., a publicly-traded banking and financial services company (HTH).  He also served as a member of the Hilltop board of directors from the time of the merger in 2012 with the primary subsidiary, Plains Capital Corporation until the end of 2017.  Huffines joined Plains Capital Bank in 2001 as chairman of the Central and South Texas banking markets.  He served as President and COO of Plains Capital Corporation from 2010-2015 before assuming the role at Hilltop Holdings.  In addition, he served on the Plains Capital Bank board for 15 years as well as serving on the Plains Capital Corporation board.  From 2007 to 2012, Huffines also served on the board of Energy Future Holdings as an independent director and as the board's audit committee chairman.

Huffines brings extensive community and state involvement to Greenbrier, including serving as chairman on the University of Texas (UT) System board of regents for four years during his seven years as a Regent.  The UT System board is responsible for nine academic campuses and five different medical schools in the state.  He served as well on the board of the UTIMCO, a $35 billion endowment fund for higher education in Texas.  Huffines currently serves as chair of the board of Southwestern Medical Center, the largest foundation in the Dallas area, which has a mission of providing funding for research and support at the UT Southwestern Medical School.  From 2015-2019, he chaired the Governor's University Research Initiative.  In April of 2020, Governor Abbott named Huffines to chair his business strike force to reopen Texas after the COVID shutdown.  Huffines currently serves on the board of Susser Bank holding company.

In 2009, Huffines was inducted into the UT McCombs School of Business Hall of Fame and in 2011 he received the Distinguished Alumnus Award from University of Texas at Austin.  He also received the Santa Rita Award in 2010 which is the highest honor bestowed by the board of regents for service to advancing all higher education in the state of Texas.  He holds a B.B.A. in Finance from the University of Texas at Austin and attended the Southwestern Graduate School of Banking at Southern Methodist University.  Huffines is a lifelong Texan and his family is well known for growing a successful group of car dealerships established in 1924.  After nearly 100 years of continuous family-run operations, The Huffines Motor Company practices two foundational principles which remain the touchstone for all decisions – "treat the customer the way they want to be treated and support the community."  This credo aligns perfectly with Greenbrier's values and culture.

Furman added, "James Huffines is a remarkably talented leader who brings broad experience in banking and finance to Greenbrier.  His years of service in higher education will inform our talent development programs.  Likewise, his career in banking and finance will help us identify opportunities to make investments and seek access to capital.  All of this will be extremely beneficial to Greenbrier's strategic planning and in executing our financial goals."

"Ambassador Garza and James Huffines are two exceptional additions to the Greenbrier Board.   We expect them to make immediate and enduring contributions to our Board activities and deliberations.  I join all of my fellow Greenbrier Directors in welcoming them both to the Board," Furman concluded.

Greenbrier, headquartered in Lake Oswego, Oregon, is a leading international supplier of equipment and services to global freight transportation markets. Through its wholly-owned subsidiaries and joint ventures, Greenbrier designs, builds and markets freight railcars and marine barges in North America, Europe and Brazil. We are a leading provider of freight railcar wheel services, parts, repair, refurbishment and retrofitting services in North America through our wheels, repair & parts business unit.  Greenbrier manages 445,000 railcars and offers railcar management, regulatory compliance services and leasing services to railroads and other railcars owners in North America.  GBX Leasing (GBXL) is a special purpose subsidiary that owns and manages a portfolio of leased railcars that originate primarily from Greenbrier's manufacturing operations. Together, GBXL and Greenbrier own a lease fleet of 8,700 railcars.  Learn more about Greenbrier at www.gbrx.com. 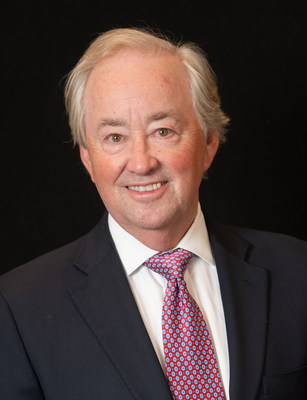