Statement on the passing of former Greenbrier board member Dan O'Neal

LAKE OSWEGO, Ore., Oct. 11, 2017 /PRNewswire/ -- The Greenbrier Companies, Inc. (NYSE:GBX) today remembers A. Daniel O'Neal, who was a long-time member of the Greenbrier family. Dan O'Neal died at home on October 10 at the age of 81. The Company extends its condolences to his family, particularly his wife Diane, a great supporter of his many endeavors, including his years of service to Greenbrier. He is remembered as a dear friend, admired colleague and a devoted husband and father. 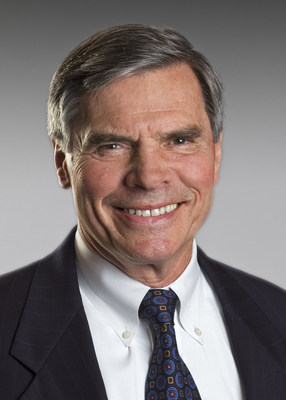 O'Neal helped pioneer the market for the double-stack intermodal railcar that is still built at Gunderson today. Prior to his affiliation with Greenbrier and Gunderson, he served as transportation counsel to the United States Senate Commerce Committee chaired by Senator Warren Magnuson. In 1973, President Richard M. Nixon appointed O'Neal a Commissioner of the Interstate Commerce Commission (ICC) where he served until 1980 including, from 1977 until his departure, as its Chairman after appointment to that seat by President Jimmy Carter.

After leaving the ICC, O'Neal served as a partner in a business law firm, and it was there he began his relationship with Greenbrier. He continued to be civically involved throughout his life, serving in key roles with the Railway Supply Institute, Washington State Freight Mobility Board, Washington State Transportation Commission, Puget Sound Partnership and many other non-profit organizations.

"For more than three decades, Greenbrier was the beneficiary of Dan's keen insights on federal affairs and his deep understanding of the often inscrutable ways of operating inside the Beltway," said William A. Furman, Chairman and CEO. "He was a trusted advisor and confidant to many. We deeply appreciate Dan's numerous contributions to Greenbrier, particularly his warm friendship, and offer our deepest condolences to Diane and his family."

Greenbrier­­, headquartered in Lake Oswego, Oregon, is a leading international supplier of equipment and services to global freight transportation markets. Greenbrier designs, builds and markets freight railcars and marine barges in North America. Greenbrier Europe is an end-to-end freight railcar manufacturing, engineering and repair business with operations in Poland and Romania that serves customers across Europe and in the Middle East. Greenbrier builds freight railcars and rail castings in Brazil through two separate strategic partnerships. We are a leading provider of wheel services, parts, railcar management & regulatory compliance services and leasing services to railroads and related transportation industries in North America.  Greenbrier offers freight railcar repair, refurbishment and retrofitting services in North America through a joint venture partnership with Watco Companies, LLC. Through other unconsolidated joint ventures, we produce rail castings, tank heads and other railcar components. Greenbrier owns a lease fleet of over 9,000 railcars and performs management services for 267,000 railcars. Learn more about Greenbrier at www.gbrx.com.