LAKE OSWEGO, Ore., May 8, 2017 /PRNewswire/ -- The Greenbrier Companies, Inc. (NYSE:GBX) remembers Benjamin R. Whiteley, a former Chairman of Greenbrier's Board of Directors. Whiteley died at his Portland home on May 4 at the age of 87. The Company extends its condolences to his family, particularly his wife Elaine, a great supporter of his many endeavors, including his years of service to Greenbrier. 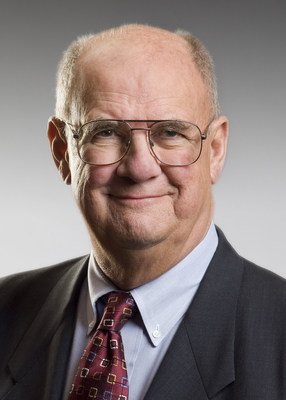 Whiteley was elected to Greenbrier's board at the time of its initial public offering in 1994. He remained in that position for two decades, serving as Chairman from 2004 to 2014. His tenure as Chairman was a decade of tremendous growth and success for the Company. As a Greenbrier board member, Whiteley approved the global expansion of Greenbrier's manufacturing and commercial operations from roots at Gunderson in Portland to a worldwide network that today spans four continents. He also helped guide the Company into new and critical product lines like automotive-related rail products and tank cars.

Whiteley is remembered as a talented executive. He began his career with The Standard, an Oregon-based insurance company, in 1956, serving as CEO from 1983 to 1994. He retired as CEO in 1994, remaining as Chairman until 1998. In addition, he served as a board director at many other companies headquartered in Oregon, including Northwest Natural Gas Co., StanCorp Financial Group, Inc. and Willamette Industries, Inc.

In 1985, while president and CEO of The Standard, Ben helped negotiate and secure the co- participation of the State of Oregon with The Standard in a debt transaction that enabled Greenbrier to acquire its Gunderson manufacturing operations in Portland. Gunderson continues to this day as Greenbrier's North American flagship manufacturing and engineering location, employing nearly 1,000 people.

A well-known supporter of higher education, Whiteley served two decades on Oregon State University Foundation's Board of Trustees, serving on its Executive Committee and as chair of its Investment Committee. His OSU legacy also includes service on the Valley Library Expansion Committee and College of Science Board of Visitors.  Greenbrier will make donations to the OSU Foundation and Providence Foundations of Oregon in Whiteley's honor.

"Ben was a dear friend and always generous with his advice and counsel," said William A. Furman, Chairman and CEO. "Through the years, he gave us unflagging encouragement to embrace bold choices and take smart risks in the face of often uncompromising circumstances. We will always remember his legacy."

Greenbrier (www.gbrx.com), headquartered in Lake Oswego, Oregon, is a leading international supplier of equipment and services to freight rail transportation markets. Greenbrier designs, builds and markets freight railcars in North America and Europe.  We also build and market marine barges in North America.  We manufacture freight railcars and rail castings in Brazil through a strategic partnership. Through our European manufacturing operations, we recently began delivery of U.S.-designed tank cars to Saudi Arabia. In October 2016, we entered into an agreement with Astra Rail Management GmbH to form a new company, Greenbrier-Astra Rail, which will create an end-to-end, Europe-based freight railcar manufacturing, engineering and repair business. We expect this combination to be completed during 2017. We are a leading provider of wheel services, parts, leasing and other services to the railroad and related transportation industries in North America and a supplier of freight railcar repair, refurbishment and retrofitting services in North America through a joint venture partnership with Watco Companies, LLC. Through other joint ventures, we produce rail castings, tank heads and other railcar components. Greenbrier owns a lease fleet of over 8,000 railcars and performs management services for over 266,000 railcars.